Russians Hack Everything in Sight to Bring About Trump's Election

For writers of books, the Authors Guild serves as the nation’s oldest, largest and most respected professional organization. Members include novelists, historians, journalists, and poets as well as literary agents and representatives of writers’ estates. Some of the best minds in the country serve on its board. These are not the kinds of people who would be easily influenced by spam. 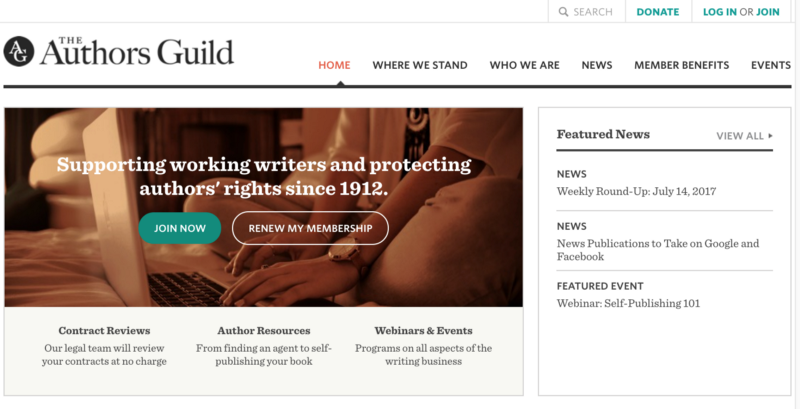 So why would Russian hackers try to spam them into voting for Donald Trump in the last election? How did these sophisticated professional storytellers get caught up in a story ripped right, as they say, from the headlines?

For the last 10 years or so, Green River has had a contract with the Authors Guild to build and maintain a software content management system specific to the needs of their member authors — one they can use to develop their own websites and promote themselves and their work.

In the heated run-up to the 2016 election, when word started getting out that Russian hackers were trying to influence the election in favor of Donald Trump, it somehow seemed like a joke. Yet the connection between the Trump family and the Russians has become a serious story, one that keeps getting worse, even now, months after the polls have closed.

For the Authors Guild and Green River, it all started on a Saturday when an author emailed to Guild management complaining that her web site — and her husband’s, as well — had been hacked.

“I know this sounds a bit crazy, but no,” she wrote. ” My husband and I both have Authors Guild author sites and we both noticed Vote for Trump statements inserted into our Google Analytics... We clicked deeper and it’s all coming from cities in Russia.”

‘Vote for Trump!’ messages appearing in Google Analytics before the 2016 election

This came as quite a surprise to the Guild’s executive director, Mary Rasenberger.

“As a service, we provide a web site platform for our members and we host it,” she said. “These two authors, they get Google Analytics. It sends you an analysis of who has visited your site and other details about your web site. They noticed a line inserted that said ‘Vote for Trump.’ At this point I don’t know if the Russians hacked our servers, or the authors’ web sites, or what.”

She immediately called Michael Knapp. He happened to be in Florida visiting with his father.

“We were at the pool,” Michael said. “I got a call from Mary that the she had received reports from some authors that the sites had been hacked. I started calling the folks in my company who are on call, and they looked into it. They assured me not to worry about it. It wasn’t a serious concern in terms of the integrity of data for the authors.”

As it turned out, the authors were just part of a large group of people who had been hacked, not through their own Web sites, but through Google Analytics.

After the fact, the web site Searchify (searchify.ca) provided this analysis:

“This message is popping up in Analytics accounts all over the world. It seems to come from Samara, Russia, and is a form of referral spam (also known as referrer spam, log spam or referrer bombing). Referral spam is a low-level form of spamming where abusers try to add messages in Google Analytics, usually through the means of bots.”

So any authors who happened to be checking to see how many people had visited their Web site received the same shock: a vote for Trump message along with the tracking data.

“Michael explained that it wasn’t a big deal,” Mary said. “It was code that hackers put into the Google Analytics report. Most people don’t even look at that data all that closely. Its kind of fascinating that the hackers went through so much trouble. It was a very broad hack that reached a lot of people right before the election.”

Michael was amazed that Russian hackers were going to these extremes. How many members of the Authors Guild were possibly going to be influenced to vote for Trump by messages in Google Analytics, anyway? And for those who wouldn’t vote for Trump even if their lives depended on it, what was the point?

It may have seemed petty at the time, but in the light of continually breaking news about the connections between the Trump family and Russia, it has become deeply disturbing.

“We know the Russian government was involved in trying to influence the election,” Mary said. “I think it is an enormous infringement on United States sovereignty. And I don’t think our government has done enough to react to it. The Obama administration knew something like this was happening and their actions were minimal. It isn’t about Trump here, it’s ‘My God, the Russians are trying to affect our elections.’ It’s all about Trump reacting by saying it’s not legitimate news, it’s false news. Really, it’s very disappointing that we’re not alarmed by this.”

Michael finds it fascinating that hackers would go to such extreme lengths to put overt messaging into analytics at Google — simply because they could.

“It suggests the tip of an iceberg,” Michael said. “It’s an electronic effort to influence our population. While I can’t imagine anyone looking at it would be influenced by the messages, its fairly astounding that somebody would go to these lengths of figuring out how to create a fake piece of information to trick Google Analytic even when it seems pointless. . We read about this Russian hacking in the newspapers and it feels removed and abstract, But this is a real example of what we’re talking about — an illegal effort of people who do electronic hacking to influence the election. Right in our own backyard, so to speak.”